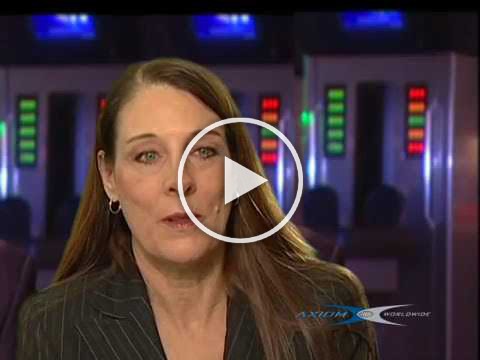 Axiom Worldwide is the industry leader in the creation of nonsurgical medical equipment, specifically the DRX9000. Although many patients who suffer from lower back pain have experienced positive results following treatment with the DRX9000, the team at Axiom Worldwide desired to further substantiate and document the science behind this remarkable device. To that end, Axiom Worldwide assembled leading medical experts and formed the Axiom Medical Advisory Board. Currently this prestigious group is subjecting the DRX9000 to rigorous independent clinical trials to test and verify the DRX9000’s effectiveness. To further explain the group’s mission and initial findings, here is the Chair of the Medical Advisory Board, Dr. Joseph Pergolizzi, Johns Hopkins University.

DR. PERGOLIZZI: The importance of having an independent advisory board is to remove subjectivity and bias from the data and the research that’s generated. It really is the gold standard. If you look at guidelines or guidance that’s out there from various regulatory communities across the globe, it’s generally accepted that companies who try to achieve the higher standard will have an independent advisory board or steering committee that will help them conduct and oversee the research in a nonbiased, objective way. Having an independent committee do this really shows the integrity of Axiom Worldwide and the belief in their device because if the device doesn’t meet the outcomes or shows negative results the steering committee still has the ability and the charge to go forward with disseminating that information.

Axiom Worldwide’s Medical Advisory Board is composed of individuals who are internationally recognized experts in the field of anesthesia, medicine, and pain medicine. These individuals come from some of the most prestigious medical schools in the United States and as I mentioned they’re also globally recognized experts in their fields and also in clinical research and development. When we compare Axiom Worldwide to its competitors in the field of nonsurgical spinal decompression, they far exceed any of the efforts that the competitors are doing in respect to the clinical research platform and in respect to the advisory board and steering committee profiles that they have.

In the treatment of chronic lower back pain there are many alternatives but little consensus. We typically will use three categories of treatment; the surgical, nonsurgical, and pharmacological treatment pathways for our patients. We usually focus this on the origin and the specificity of the disease that the patient has and when we try to get an understanding of comparative efficacy amongst these treatment groups what we find is that the literature is still somewhat scanty with ranges from ineffective to somewhere up into the ranges of 80% or 90%. Nonsurgical and noninvasive therapies are the most frequently and appropriately prescribed. That data that we’ve been able to generate for nonsurgical spinal decompression in our studies is very encouraging with rates greater than 80% effectiveness. Approximately three years ago Axiom Worldwide engaged members of the medical advisory board with the charge of developing a methodological plan of better understanding the scientific information related to spinal decompression, nonsurgical spinal decompression and in doing so we mapped out a scientific platform which included a review of literature and various types of clinical research, retrospective case reviews, pilot studies, larger prospective trials and we’re currently in the midst of implementing that research project strategy.

DR. MACARIO: Going into the advisory board meeting in April of 2006, I was lucky enough to have been involved in the retrospective study. What we did is we went to four clinics in the Midwest and looked at 100 patients to see how their results were after treatment with the DRX9000 and what we found was that when patients came into the clinic they had a score of 6 out of 10 in terms of pain and after two months of treatment their pain on average went down to a 1 out of 10. I thought that was very impressive. Since the results were favorable, we recommended a prospective trial to validate the results of the retrospective trial. Just as drug companies have to do trials to show that their drug works, this larger study is the gold standard to show the impact of the DRX9000 treatment on patients with low back pain.

DR. LESLIE: At first, I honestly thought this is too good to believe. I, of course, did the usual academic critical analysis as well as retrospective. They probably had the company pick their best outcome places. There’s no way that they could actually get this good a results in patients who had severe chronic low back pain for so many years’ duration, but I had to be impressed with the simple fact that the detail with which the cases were analyzed, the sort of data they did collect. It was impressive, impressive to the point that I really wanted to be involved in further evaluating the real potential efficacy of this device. I was really shocked to be able to reproduce the same efficacy that we saw from the previous retrospective analysis. To take patients who had had chronic back pain for greater than 10 years’ duration and over the course of two weeks to be able to achieve our initial hypothesis which was a 50% reduction in pain scores was phenomenal and that continued to improve by the time they completed their six weeks of therapy to a level that’s just maybe baseline zero pain almost. I think that that really does represent a great start in comparing that to other therapies. It represents something far better achievement as far as efficacy than any of the other studies I’ve read in the last couple of years. The other aspect is to have 20 patients versus being able to tell a clinician, I’ve done this in 100+ patients. It’s always much more of an impressive statement. They may or may not need it in a controlled comparative trial. We may not yet have data versus physical therapy versus acupressure versus steroid injections, but the point is if we can generate efficacy and safety data that says if you prescribe this for your average patient with low back pain this is what you can expect as an outcome.

DR. APFEL: This is a very very amazing and promising result that will encourage to go now for randomized control trials, for larger trials that then will show how effective this treatment is and what I would think actually is that we have now evidence that for the large sports trial where the first papers have been published that actually surgery is not that effective and there is this failed surgery syndrome and considering that DRX9000 has the potential of changing our whole concept on how we will treat patients who are suffering from chronic lower back pain throughout the world.

DR. RICHMOND: Yes, we found that patients that were treated with the DRX9000 that they had significant reductions in their Oswestry Score. This was not only statistically significant but also clinically significant in these patients. The Oswestry, what it measures is your activities of daily living, how you’re able to function on a daily basis. It looks at things such as sleep, walking, sitting, standing, being able to travel, do social activities and these are things that for patient’s daily life, pain can really have an effect on it. It’s very important to know that the treatment you’re giving a patient that they’re going to be satisfied with it and this is one of the things that with treatment for back pain that you want to make sure that the patient continues with the treatment that they need so that they are satisfied and this is something else that when they go to discuss their treatment with the DRX9000 with other patients that they also would say that they were pleased with the results that they got.

DR. PERGOLIZZI: Before the initial medical advisory board meeting, myself and two colleagues wanted to find out or get a better understanding of exactly what the effect of the nonsurgical spinal decompression was in clinical practice to date. We undertook a retrospective chart review of 100 patients, 94 of those patients were considered valuable. The data was collected from four randomly chosen clinics across the United States. We wanted to analyze how these patients were affected by the treatment and also to find out some safety related to the device. It was very important that we did this review because for our own better understanding and also to be able to present the data to our colleagues in the future, we found from this retrospective chart review is that patients actually did report improvements of pain some were 90% of the patients that we contacted. They also reported that they had increased functionality and they were no reports of serious adverse events. We went one step further. We actually then contacted these patients anywhere from three to greater than nine months after treatment and what we found is that these patients, 100% of them, said they would recommend treatment to somebody else. We found their patient satisfaction scores were very high, greater than 80%, and we found that these individuals did increase their daily activities. After the initial retrospective chart review which is currently in press in Pain Practice, a peer-reviewed accredited cited journal, we presented the data to the medical advisory board and at the end of the meeting the consensus from the board was that we should undertake a prospective pilot study and this would be the first standardized prospective IRB-approved multicenter study on nonsurgical spinal decompression. What we found is that the data from our pilot study again mimicked the data that we were able to extract from the retrospective study very similar results in efficacy, functionality, and the same apparent lack of serious adverse events. The objective of the larger prospective study that is planned to commence in early 2008 is to explore the information that has been received from the pilot study and the retrospective trial and to look at this on a larger scale and the information that we’re hoping to get out of this study will not only give us a better understanding of the effectiveness of this device and the safety related to the device but also allow us to properly design larger more sophisticated trials.

When you look at chronic low back pain it’s a major problem globally, and I think it’s very exciting to be able to have a new type of therapy that we can offer our patients that may actually revolutionize how we treat chronic lower back pain from this point on. The data that we’ve been able to generate in our clinical trials and our retrospective review study are extremely encouraging. It’s got lots of excitement from the medical advisory board and the steering committee, and we have a great promise ahead to try to help actually decrease the impact and the severity of chronic lower back pain for our patients.